Building Big Things Out of Nothing

Relating this to my experience in school, I look back at my college life with utmost fondness. In school, I also had my shares of failures and successes.

We didn’t grow up rich, but we always had enough. Every time I was with my friends in Ateneo, I admit I would feel inferior to them, mostly because my classmates were sons and daughters of known rich businessmen, and I was, well, nobody. However, I thought that college was my way to become a “somebody”, and that’s why I worked hard.

I remember writing for the SBG Publication (Business Brief), winning a table tennis tournament in PE Day, and even joining the debate varsity. I was “overachieving” on the outside, but after a while, my grades suffered.

I was starting to fall below average in my classes and my professors noticed it. I even remember my Philosophy professor explicitly expressing his disgust towards one of my exam papers and said “you are deliberately underachieving and I don’t know why.”

He was right. I was missing a few classes because I got obsessed with debate and didn’t manage my time well. I would train til the wee hours of the night and chased a championship. During my last year in Ateneo, I got it. I didn’t really care about my grades then. Thankfully, I graduated on time.

I graduated at nineteen (quite a feat!) and being the young, naive, and intellectually arrogant teenager that I was, I thought that companies would fawn all over me. Boy, I was wrong.

Surprisingly, I had around a 20% success rate for my applications, and I only made it to around three interviews. I could not get past an “assistant” position. I failed an exam at P&G, and watched while some of my friends headed to Manila to work at prestigious places.

I thought, “what’s wrong with me?” I thought I did very well in the interviews, essays, and my out-of-college resume looked stellar. Turns out, being a teenager, I was still a flight risk. People viewed me as flippant and too headstrong.

After a few temp jobs, displeased bosses, and recurring truancy, I lasted in ONE JOB: a writer for an ad agency. At that time, this ad agency was probably the biggest one in Visayas and Mindanao, and I was even sent to Cebu to open a branch there. I really liked that job, I was able to use my learnings from my Marketing education at Ateneo, but eventually I wanted more. 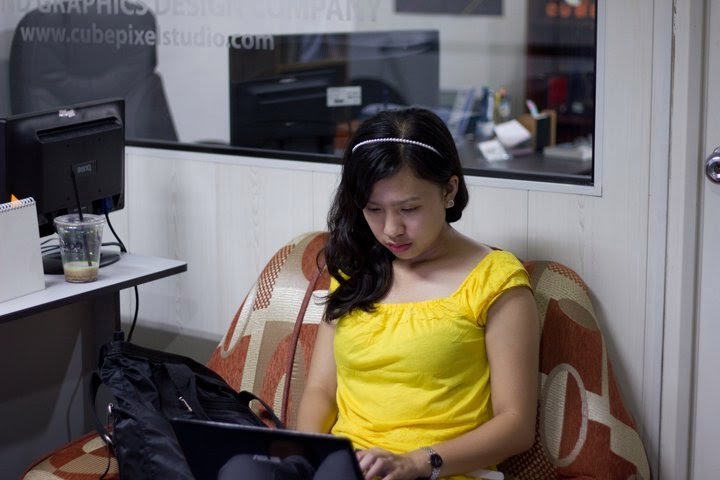 So I found a great time to quit that job and then started my own business. I was twenty at this time.

My first business is a flower shop. Growing up I’ve always been entrepreneurial, but even with a Bachelor’s Degree in Business Administration, I was still very much a noob. So I thought about making it simple.

I asked myself, “What is something that people are always happy to pay for that made good margins, had low barriers to entry, and people are comfortable paying before they get the item?” Then I thought, “ah, flowers.” It was true; it checked all the boxes and because of that rudimentary criteria, I started an online flower shop called Gifts Davao. 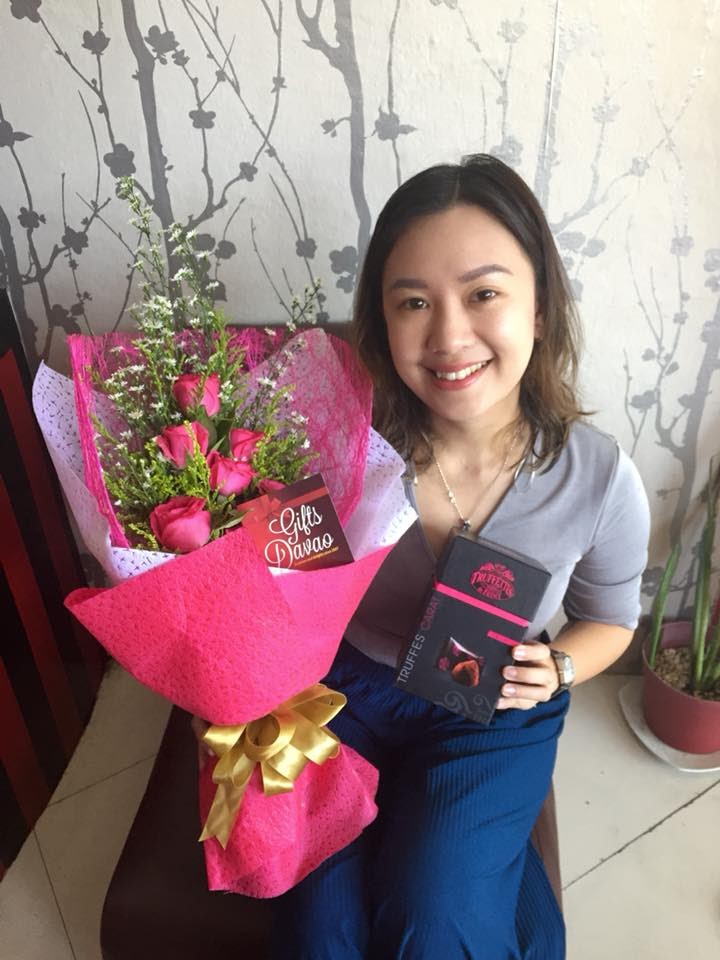 Because social media wasn’t huge that time, I sold flowers at online forums where there were a lot of men. I would open a thread in the “General Chat” part and started selling there. One client turned to two, then ten, then I was running a part-time gift shop and made enough to buy me my freedom. [To date, this flower shop is still going and thriving, and we’ve welcomed eleven dealers all over the country.]

In less than a year, I was able to quit being employed and boy, I never looked back. I became a freelance writer after my stint at the ad agency, and also got paid to do hosting/ emcee jobs, and eventually, event management.

This birthed my second business: a corporate events and PR business. I formally started it in 2011, and funnily, because of a contact I met at a bar near Ateneo (guess I loved that place so much!) I landed my first major corporate client: Sony. 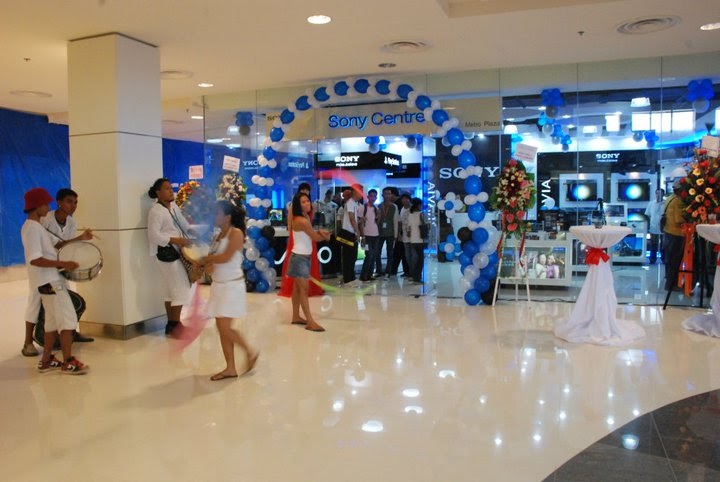 We opened Sony Abreeza and then corporate clients took notice of my little one-man company. Today, that business, PREP, handles more than just events. We do out-of-home ads, social media management, PR and influencer campaigns, and even marketing consulting. We’ve also served several big names in the corporate world such as Air Asia, Dyson, Sharp, Starbucks, and huge nonprofits like the United Nations. In 2019, I got an investment to expand to Las Vegas, Nevada.

Thought I would stop there? Not quite done yet. I started online ventures as well, and now run a creative agency, an IT techstack company, a Virtual Assistant agency, and an online HR agency. I have smart and experienced partners now, so it’s a little bit easier, but the grind is still ongoing!

Now these may look “impressive” so let me briefly talk about my failures too, as these came with a lot of hardship.

I remember being six figures in debt because a client didn’t pay me and I had to pay my suppliers.

I remember going to the pawnshop for three straight months because I had to make rent and my assistant’s salary and I wasn’t making a lot of money in my business yet.

I remember many, many nights of crying in my bed because I was so frustrated about clients not paying on time, clients who were being difficult, or that I got scammed.

I also remember a few failed businesses: a fish pond, processed meat selling, perfume production and selling, gadget selling, and others my brain probably unconsciously erased in my memory.

Relating this to my experience in school, I look back at my college life with utmost fondness. In school, I also had my shares of failures and successes. However, one shining treasure I got with that four-year journey: I have met several amazing people there– people I consider some of my best friends– amazing mentors, and principles that helped me navigate through life with fun, ease, growth, and peace of mind.

Magis / to do more

This was a very important principle that I also introduced to all of my teammates. Whatever we think we can do or achieve, know that you can always do more. And it’s not just all about exceeding limits, but it’s also actively pursuing growth.

I always believed that growth starts where discomfort also starts so if you think the most you do is 10 push ups, then strive to do 11 or 12. And actually do it, the next day you’ll be making it to 15 without even blinking an eye. When it comes to client retention, employee engagement, and networking, giving more and doing more helps you stand out. I would say this helped me a lot in growing my businesses.

The joy of mentorship

After I left school, my Marketing professor, Mr. Freddie Serapio endorsed me to teach in Ateneo. I was flattered and dumbfounded. I was still so young and inexperienced, but he saw something in me and really believed in my skills. I did a one semester stint to assist Prof. Marte while she was overseas and I really enjoyed my time there. Over the course of the next few years, a couple of professors still reached out to me to refer me to clients, invite me to speak, or even to check in with me. This was very heartwarming; I was never the “wonder child”. And these interactions came to me even before I was experiencing really good traction with publicity. I always looked up to my professors because they were just so d*mn smart. I treasured all of my conversations with them, and they always treated me like an equal. And not just in the SBG divisions! I became friends with a few social sciences and philosophy professors too!

They may never know it, but they taught me about the joy and value of mentorship, of setting up the next generation for their best chances of success, and how this should be anyone’s mission. This helped me become a better mentor not just to my teammates, but to strangers, too! I now host over 40,000 followers on social media and on my free email list giving business and mindset advice to people all over the world.

Being a person for others

It was also heavily inculcated in school that we need to imbibe the Ignatian virtue of being men and women for others. With my businesses and whatever I have now– especially since I’ve decided to be childfree– I always think about what good it can bring the community. It works in two amazing ways: you become a really good problem solver, which makes you a good businessperson, and it also opens your eyes to how much you can help your community.

I believe that entrepreneurship puts you in a great position to uplift the people around you and help those who have less than you, so this is one of my inspirations in growing my businesses more. I share this principle with my mentees, teammates, and clients, too. 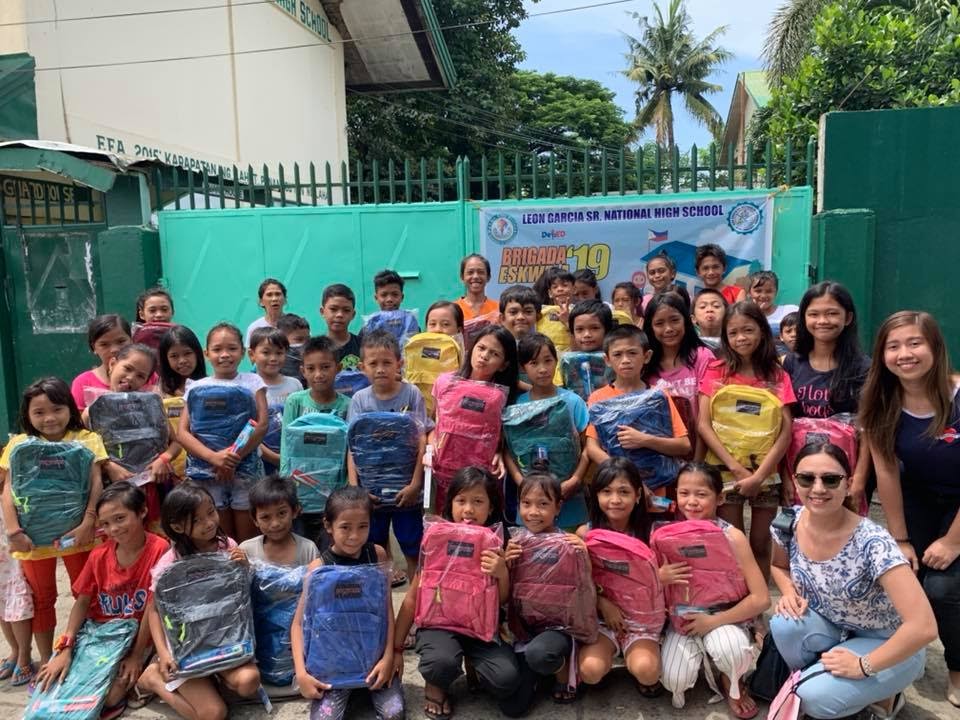 I would say I’ve gotten pretty far with what I had, which was nothing. I left school with no big contacts, zero capital, and I just went along and kept truckin’ with a wide-eyed fascination towards what else there was to achieve. I guess the spirit of Magis will always stay with me, and I’m forever grateful for my Ateneo education.