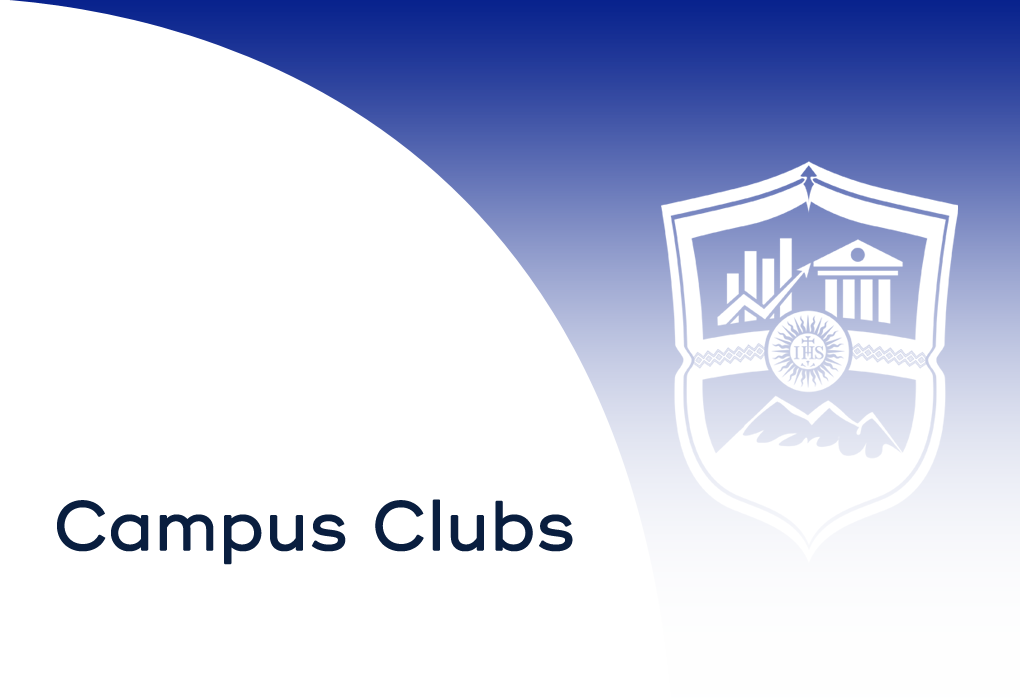 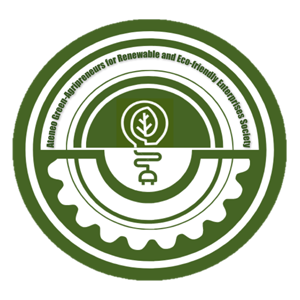 In 2014, the Ateneo de Davao University opened a new course in the School of Business and Governance, the Bachelor of Science in Entrepreneurship Major in Agribusiness. It all started with 9 sophomore students and 26 freshmen. During this year, students under this program temporarily joined the Young Entrepreneurs Society (YES) as their academic club.

The following year (2015), Dr. Reynaldo Navacilla, program coordinator of Agribusiness during that time, decided to create a separate organization from YES. He drafted its proposal and by-laws and called the club as Ateneo Green-Agripreneurs for Renewable and Eco-friendly Enterprises Society or for brevity known as AGREES. In the same year, the AGREES club was approved as the official academic club of the program by the Office of Student Affairs (OSA).

AGREES envisions as a synergic student organization known for its relevant, responsive, pro-poor enterprises and pro-environment programs and advocacies for the common good anchored on AdDU’s vision and mission and enlightened the encyclical letter Laudato Si: On the Care of our Common Home.

AGREES pursues its ideas and principles for the benefits and welfare of key stakeholders, economic growth, and the environment through relevant undertakings, such as programs, research, advocacy, educational campaigns, and model projects. We serve as a platform for building eco-friendly enterprises anchored on the principle of ecological agriculture and sustainable development in Mindanao. 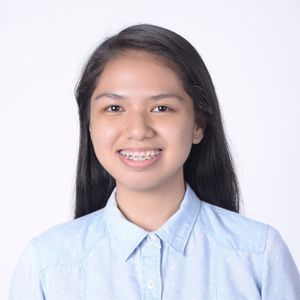 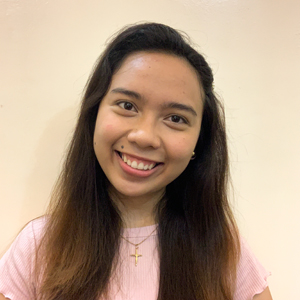 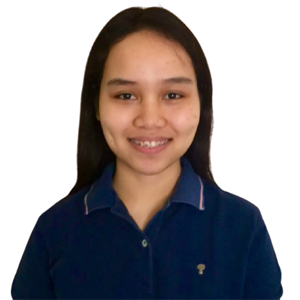 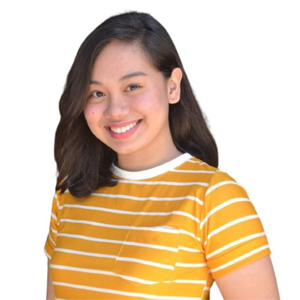 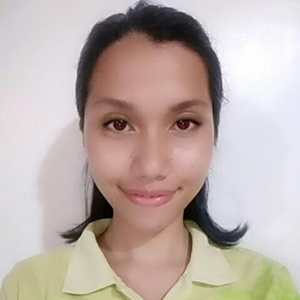 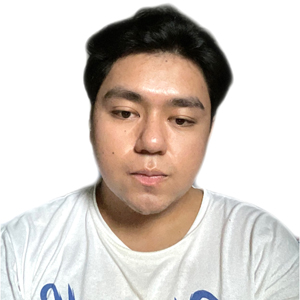 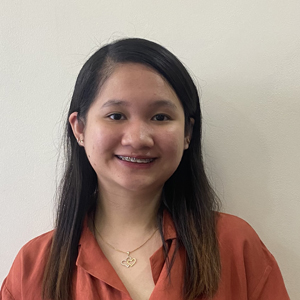 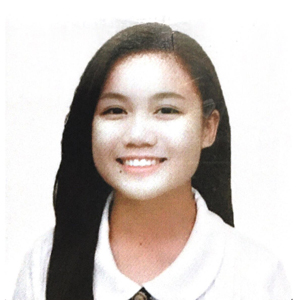 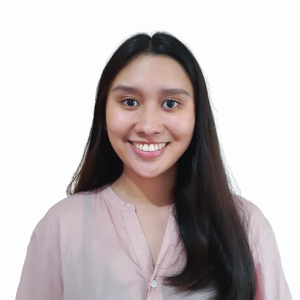 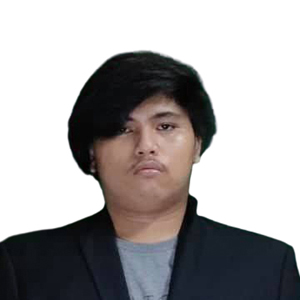 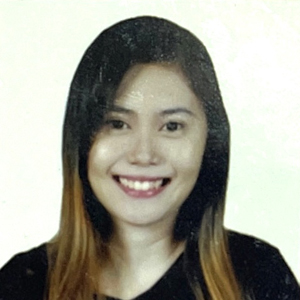 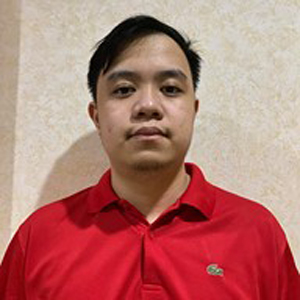 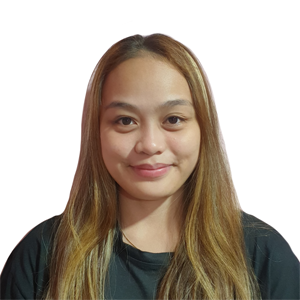 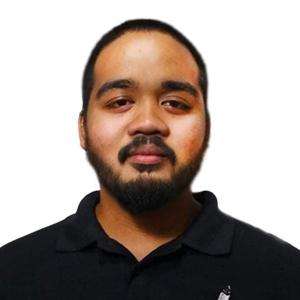 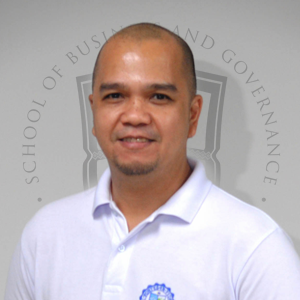 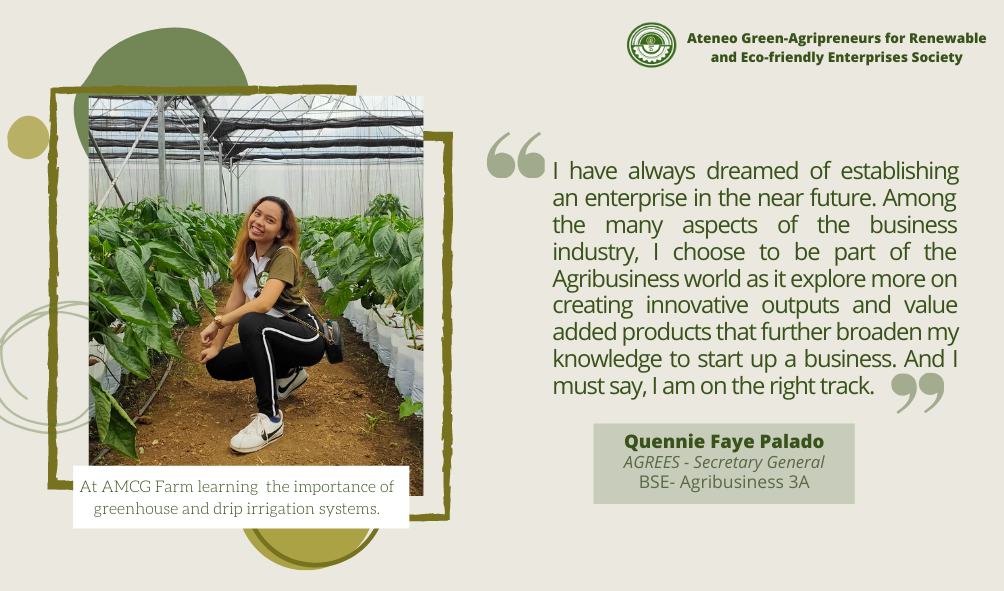 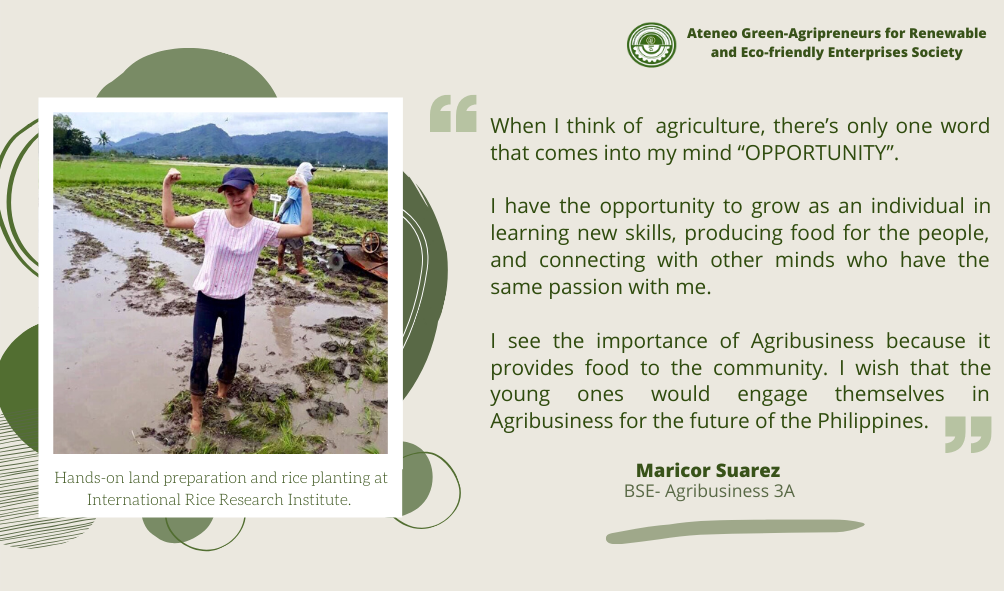 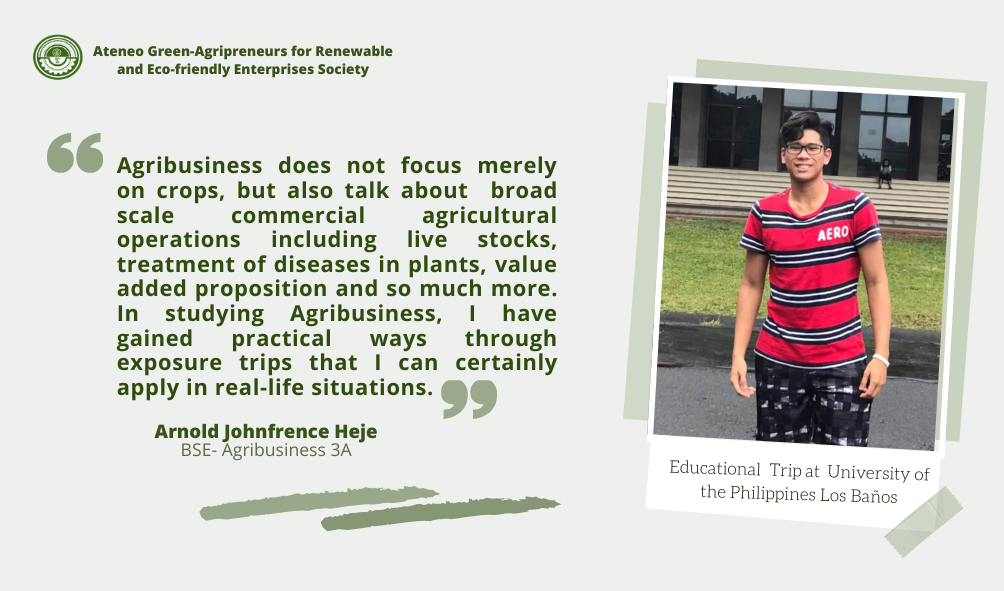 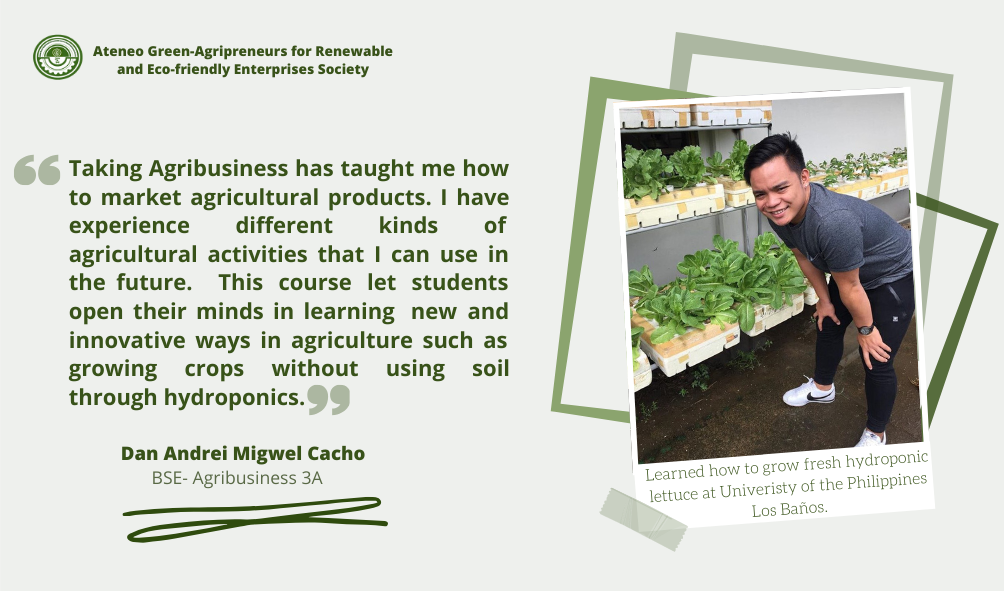 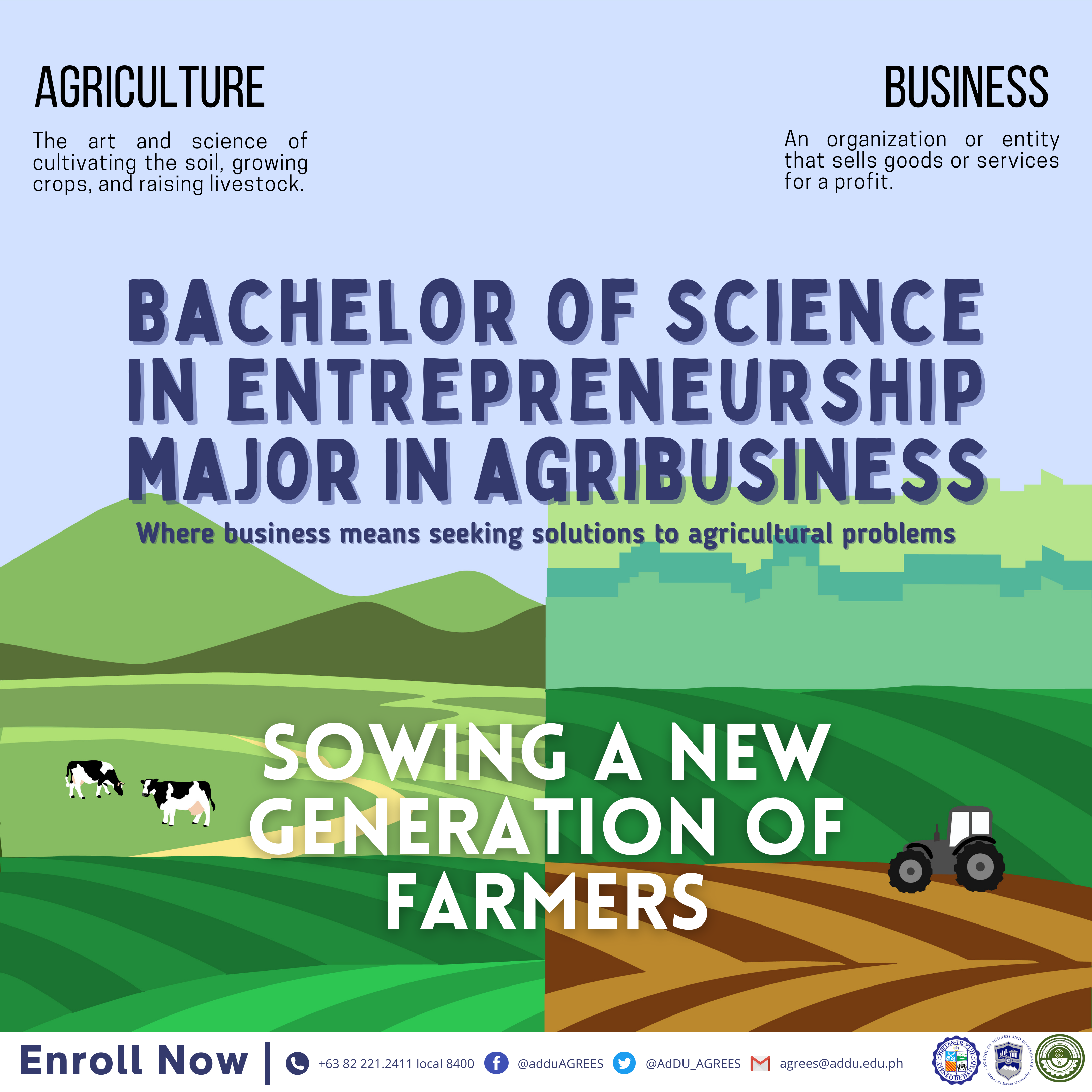 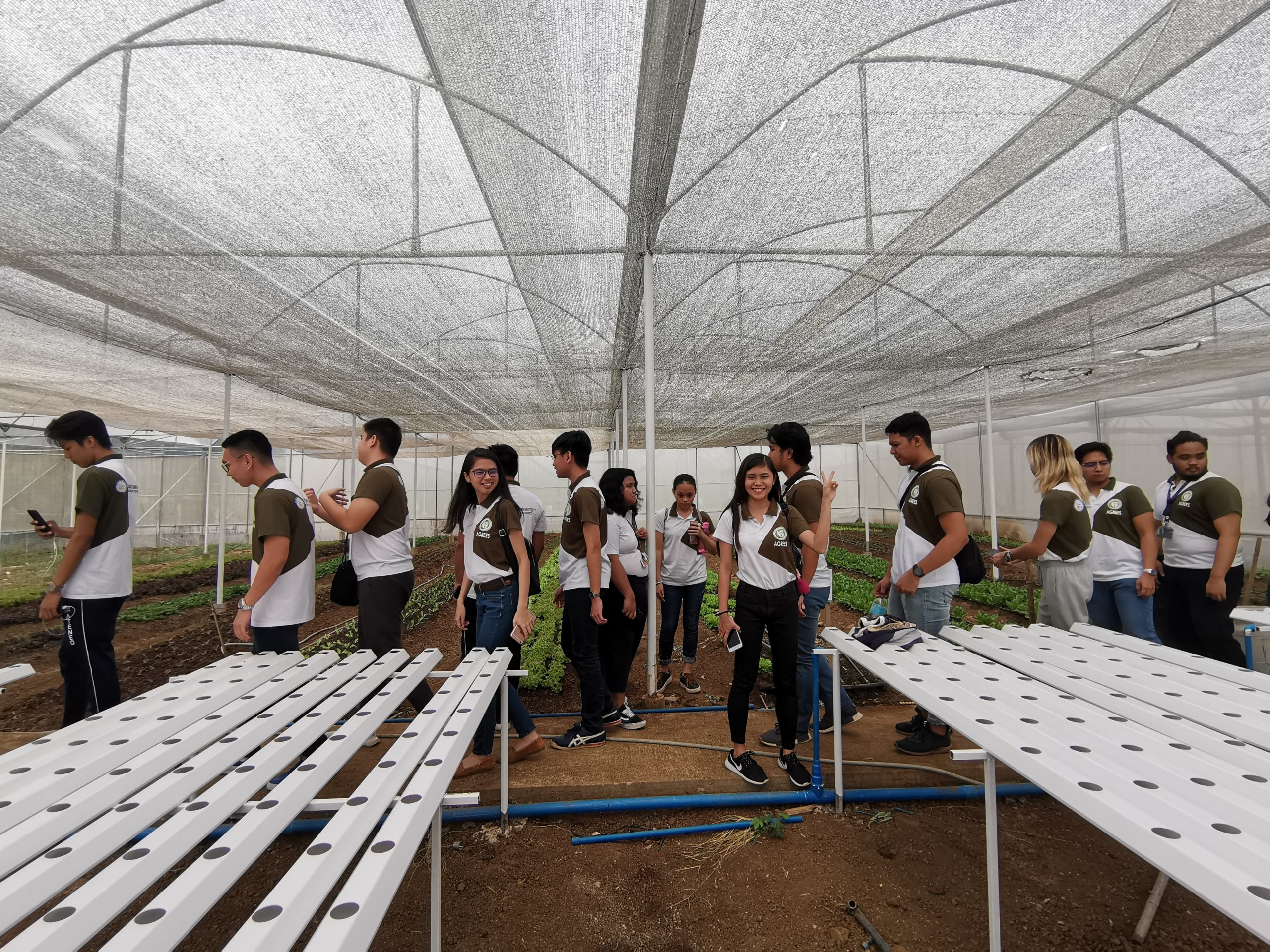 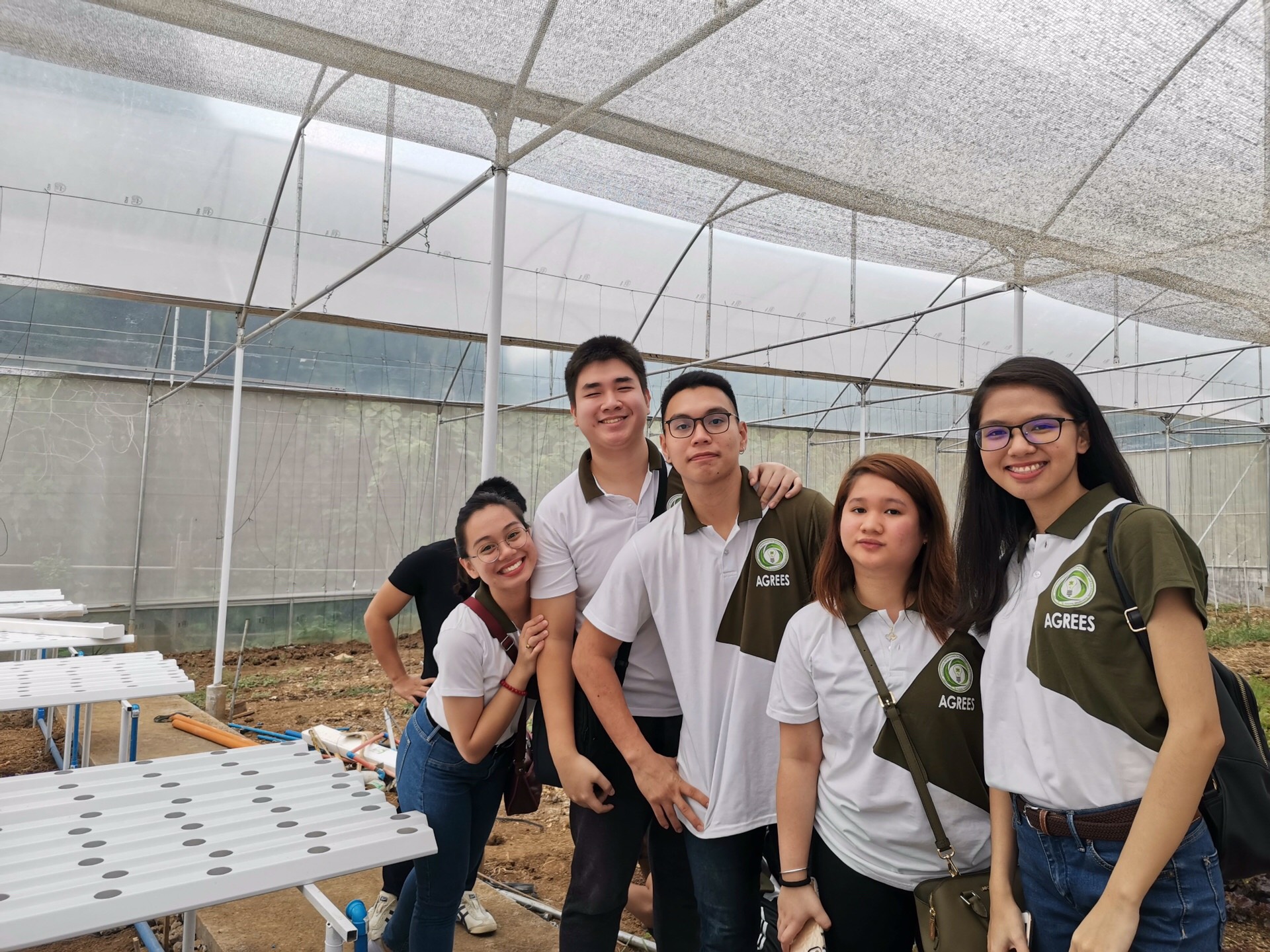 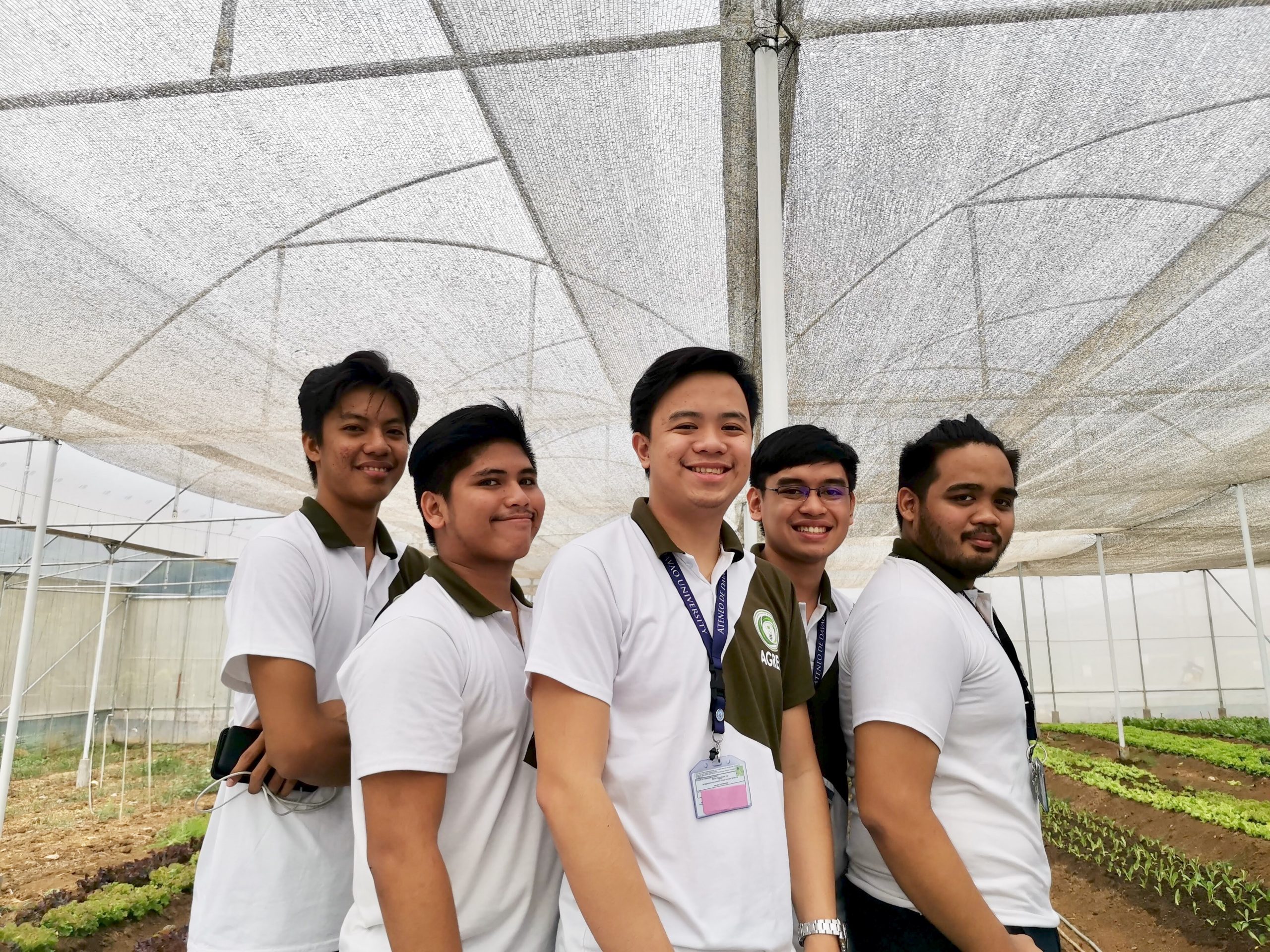